How to (Legally) Bring Home a Piece of a UNESCO Site

Recently I wrote about the incredible Matthias Church in Budapest which along with Castle Hill has been designated as a UNESCO World Heritage Site.  Given the astounding decorations inside the church, I was definitely going to pick up something from their gift shop.  I thought maybe some note cards or a bag or a book, but I found something way better.  Half-hidden on a shelf at knee level was the most random but also the most incredible “souvenir” I have ever encountered in all my travels.  You better believe I bought one which is how I managed (legally) to bring home a piece of the church itself.

The Matthias Church from the exterior (Photo: adapted from Wikipedia)

END_OF_DOCUMENT_TOKEN_TO_BE_REPLACED

Visiting Bethlehem and the Church of the Nativity

As I listened to “O Little Town of Bethlehem” on the radio yesterday, for the first time in my life I didn’t picture huts and palm trees like some cartoon Christmas TV special.  I thought back to the actual Bethlehem in the West Bank which I visited in the Spring.  The old stable of my imagination has been replaced by a drafty Byzantine basilica and the straw by Orthodox icons and lamps.  The shepherds and wise men in the Bible story are now an equality diverse group of international visitors.  But with all that, the Church of the Nativity still maintains some of the midnight atmosphere and anxious stillness of the first Christmas which is remembered here. 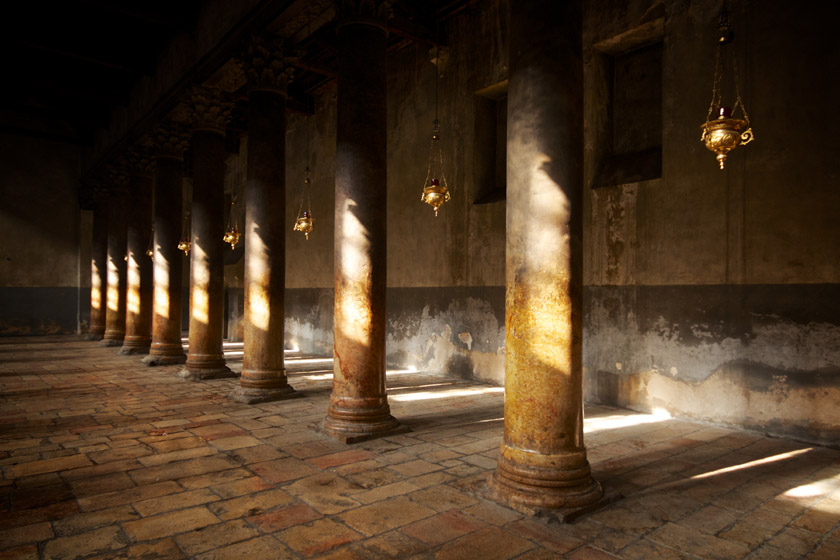 Interior of the Church of the Nativity, Bethlehem, before restoration began. (Photo: Nick Thompson, flickr)

END_OF_DOCUMENT_TOKEN_TO_BE_REPLACED

The Ruins of Pergamon

The ancient city of Pergamon, just outside modern Bergama, is not necessarily on the “tourist trail” in Turkey, so I made a special point to visit.  From the garden behind my guesthouse, I shared a bottle of Raki with the other travelers and watched the fading sunset and twilight dance across the ancient ruins on the mountain above us.  My mind wandered back and forth between imagining this once magnificent capitol city and contemplating the quiet, emptied ruins present today.  That ancient Pergamon exists at all today in Bergama, Turkey is a wonder and a testament to its phenomenal and multi-layered history.

Part of the Temple of Trajan, Pergamon

END_OF_DOCUMENT_TOKEN_TO_BE_REPLACED

Some cities like Bruges, Rouen, and Sienna are locked into one architectural style.  Huge swings in economic prosperity followed by war or plague created these time-capsule cities preserving their perfect medieval core.  But this kind of preserved architectural purity can still happen!

Detailed railings and shutters at 44 Balfour St. make this one of the most decorative homes in the White City.

A huge wave of Jewish immigrants from Europe landed in Israel in the 1930’s.  Moving just North along the coast from Jaffa, these new residents build the city of Tel Aviv.  Skilled architects and brilliant modern designers created the city in the Bauhaus, or International Style.  Originally an industrial design ascetic which focused on pure lines, simplified geometric forms, and maximal utility, the Bauhaus concepts developed into a unique and thoroughly modern sytle.  Much of “old” Tel Aviv was built during this period which has resulted one of the most consistent modern architectural neighborhoods in the World.  In 2003 UNESCO recognized this so called “White City” as a World Heritage Site  For visitors, its a living museum of pure Bauhaus.

END_OF_DOCUMENT_TOKEN_TO_BE_REPLACED

Secluded on Mt. Helicon in Greece, just south of Delphi, is the Monastery of Hosios Loukas (Holy Luke).  A triumph of Byzantine art and architecture, it is no surprise that this church is a UNESCO World Heritage site.  Decorated with a combination of mosaics and frescoes, I made certain to stop at this church.  While its difficult to capture the feeling of being in such an amazing place, hopefully the images and music in this post will help transport you that beautiful place of marble and holy Byzantine faces. 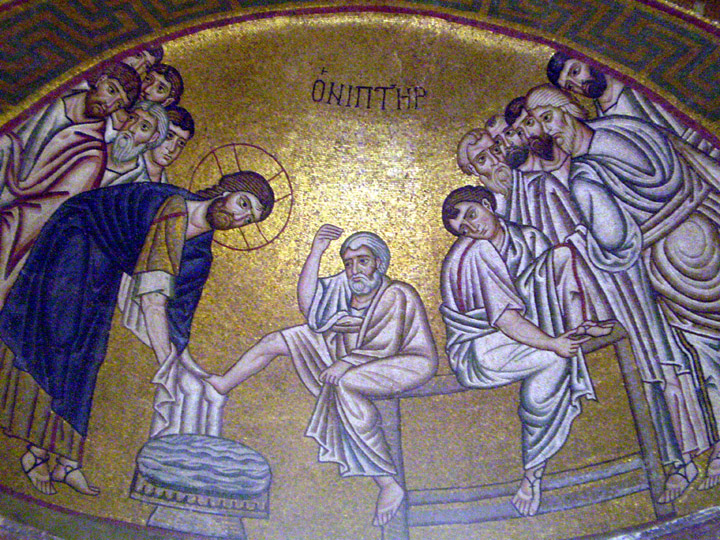 Jesus Washing the Disciples Feet from the Narthex of Hosios Loukas