Posts from the ‘Greece’ Category

Imagining the Splendor of Ancient Corinth

In the heart of ancient Corinth, between the extensive market and the main road to the sea, there was an Imperial Roman monument that was designed to be unforgettable.  The Prisoner’s Facade was constructed by Septimius Severus (145-211 CE) to celebrate his victory over the Parthians.  The elaborate two-story tapestry in marble depicted vanquished, captured soldiers and the victorious Roman army.  Perhaps the boldest element of the prisoner facade were four sculptural columns that each included a statue of a docile, captured youth in oriental costumes. 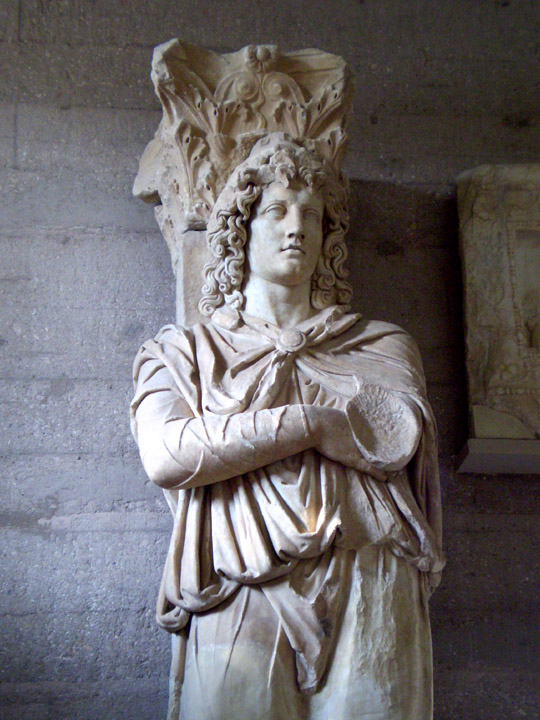 This exotic sculpture and fantastic architecture was typical of Corinth – the Roman capital of the Greek province.  Lively, international, and wealthy, ancient Corinth figures into Greek, Roman, and early Christian history.  While today there are only neglected embers of its former glory, you can still picture the excitement of ancient Corinth in the expansive but slumbering ruins and in the unique museum pieces like this beautiful column of a captured man.

END_OF_DOCUMENT_TOKEN_TO_BE_REPLACED

Secluded on Mt. Helicon in Greece, just south of Delphi, is the Monastery of Hosios Loukas (Holy Luke).  A triumph of Byzantine art and architecture, it is no surprise that this church is a UNESCO World Heritage site.  Decorated with a combination of mosaics and frescoes, I made certain to stop at this church.  While its difficult to capture the feeling of being in such an amazing place, hopefully the images and music in this post will help transport you that beautiful place of marble and holy Byzantine faces.

Jesus Washing the Disciples Feet from the Narthex of Hosios Loukas

END_OF_DOCUMENT_TOKEN_TO_BE_REPLACED

Touring the Peloponnese is a lot of work.  Don’t get me wrong, the towns and countryside are gorgeous.  Its just that you just have to cover a lot of ground and move from hotel to hotel.  That’s why I’m glad I tweaked my planning a little bit to spent a few days in Nafplio.  Its close to several major archaeological sites for day-tripping and is a fantastic, relaxing sea-side escape in its own right.  Nafplio is the kind of place you look for when traveling! 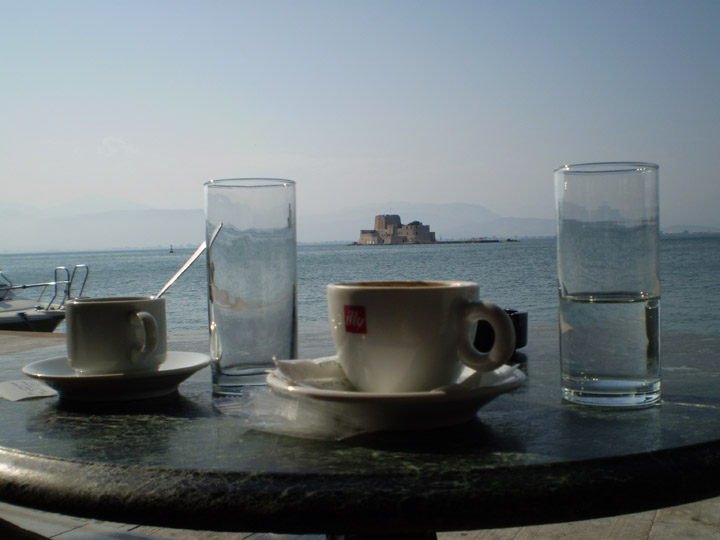 Watching the fortress and passing boats while enjoying a post-lunch coffee along the Nafplio harbor.

END_OF_DOCUMENT_TOKEN_TO_BE_REPLACED

Pastitsio – A Tasty Souvenir from Greece

Some people buy clothes, crafts or nicknacks as souvenirs when they travel.  I like to buy food!

While driving in the Peloponnese, I stopped in a small town grocery store to get car snacks and water.  Since I think its fun to browse foreign food items, I wandered up and down the short aisles.  I happened upon a shelf of these boxes: 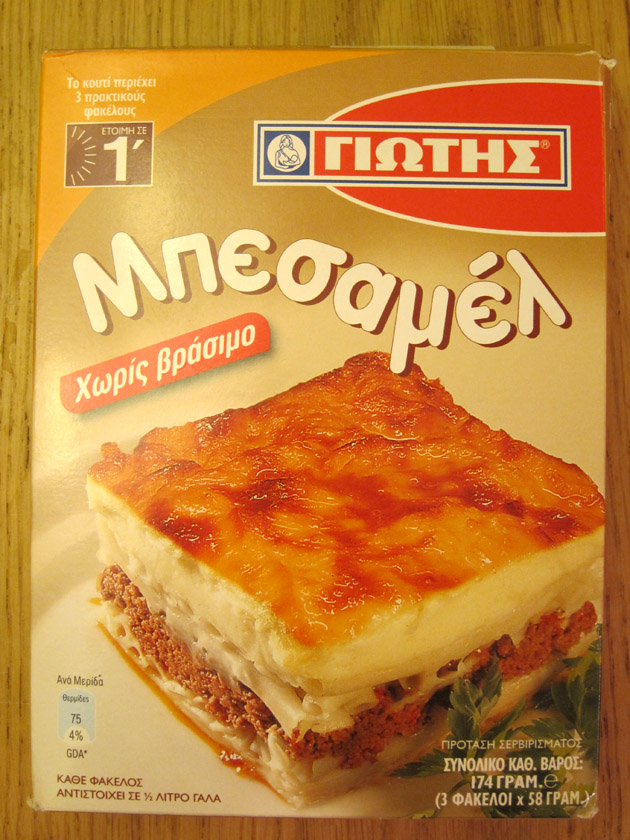 I recognized the casserole on the front as Pastitsio – the Greek equivalent of lasagna made with thin tube pasta, meaty sauce and a fluffy topping.  So I bought a box. END_OF_DOCUMENT_TOKEN_TO_BE_REPLACED 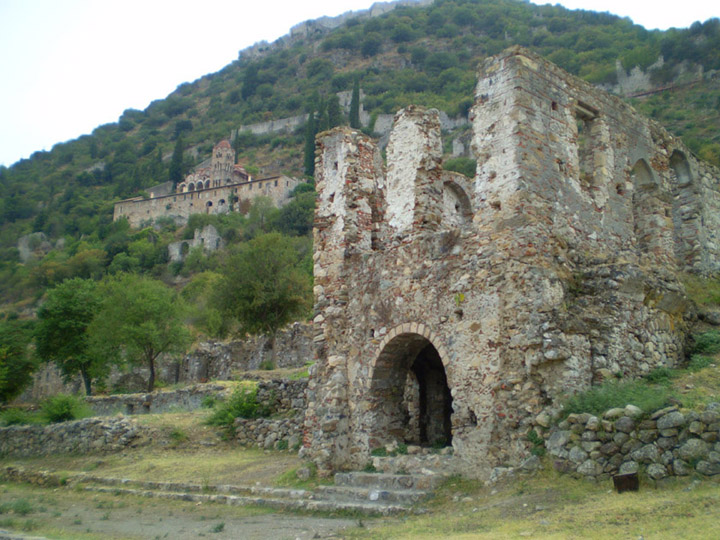 Looking up from the ruined domestic buildings of the lower city, you can see the active Monastery of Pantanassa further up the mountain in the the Upper City of Mystras, Greece.

So many European cities are jumbles of art and architecture, a testament to the evolving history of the urban area.  Beneath these modern cities are fractured layers of a Renaissance, Gothic and Ancient past, but you have to try hard to imagine how things looked during any one period.  It’s truly amazing to find a city that retains its character from one specific age.  The abandoned Byzantine city of Mystras in the mountains just above Sparta in the Southern Peloponnese, is one such frozen city.  You can walk through the ruined streets and largely intact religious buildings of this UNESCO World Heritage Site and be right back in 1350 AD.