After visiting several temples in Taipei, I got a feeling for what made each unique – whether it was the size, the deities enshrined within, or the devotion of the local worshipers.  By far, the temple with the most beautiful and extensive decoration was the Baoan Temple in the northern part of the city.  From the elaborate art throughout the complex, it was evident that the community supported the preservation of this historic temple.  It is no surprise then that Baoan was awarded the 2003 UNESCO Asia-Pacific Heritage Awards for Culture Conservation.  With attention paid to every visual detail, this was such a rewarding temple to explore.

The Dalongdong Baoan Temple started as a wooden building constructed between 1742-1760 and dedicated to the Chinese folk Deity Emperor Baosheng, God of Medicine and Healing.  A more permanent temple was completed from 1805-1830.  Later the temple complex was expanded and a garden was added across the street.  During the Japanese occupation of the early 20th century, the temple was actually used as part of a language school.  After a century of decline, the temple was elegantly renovated in the 1990’s.

Side of the Temple courtyard

The renovation sought to strike a balance between preserving historic elements and commissioning contemporary artists and craftsmen to recreate lost elements in the traditional style.  The net effect is a breathtaking and complete religious space.  Let me try to take you through the total art experience that is the Baoan Temple.

From the street you enter the Baoan Temple through massive doors painted with Gods.  In the picture below you can see that the Door God is a civil official holding a floral arrangement which signifies his high rank. Once inside in the vestibule, there is a table for offerings of food and fake paper money, also known as “spiritual” money.

The temple complex consists of central shrine to Emperor Baosheng.  This is surrounded by a large square second building containing shrines to other Gods and Goddess all connected by a lovely porticoed walkway. 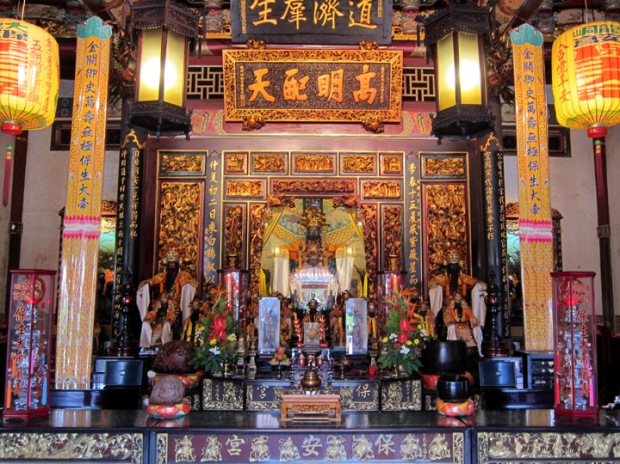 Smaller figures from the shrine of Emperor Baosheng

The outer walls of the central temple were painted and the walkways extensively decorated:

Outer walkway behind the central temple

The largest of the side shrines were along the back wall of the outer building and directly behind Emperor Baosheng.

View of the back chapels

Below is the shrine of Emperor Shengnong.  As the God of Grains, he is thought to defend worshipers from famine and drought.

Shrine of Emperor Shengnong, King of the Five Grains

Deity in a side display case

Another side chapel is dedicated to the Birth Goddess.  With power over fertility and protector of mothers, her shrine is filled with flowers and prayers from thankful women who had recently given birth. 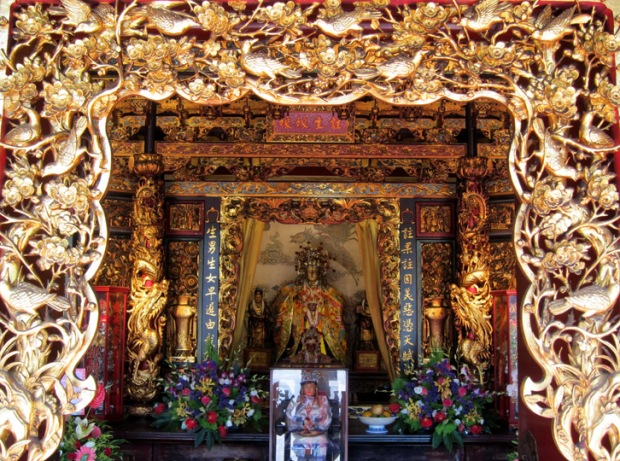 The shrine of the Birth Goddess

As I wander through the Baoan Temple complex, it seemed like everything was decorated – from the stone columns to the ceiling joints! 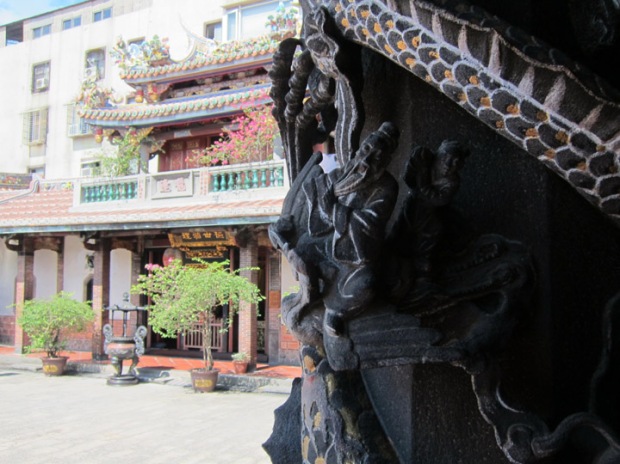 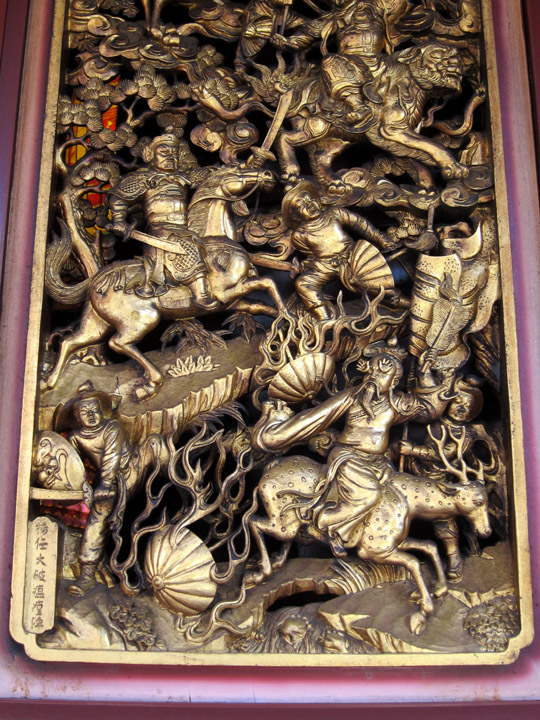 Carved screen from a side chapel showing a mystic battle.

In addition to the typical dragons and phoenix on the roof corners, there were elaborate ceramic scenes along the roof edges. 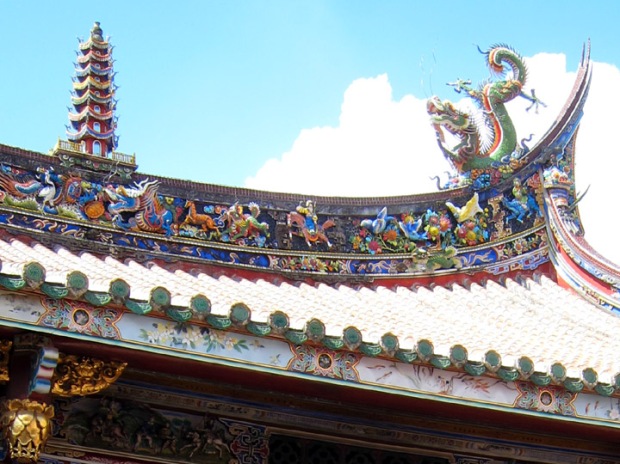 Dragon on the roof corner and other decorations.

For all the incredible art, it was still striking to see the temple in use.  I watched (from a ways back) as a mid-morning prayer service was held in a side shrine.  A young woman helped her grandmother from a wheelchair, over a small threshold and into glowing candle lit room where a priest chanted along with a ringing bell.

The Baoan Temple has not only survived but flourished thanks to dedicated community members who oversaw its extensive restoration.  UNESCO was absolutely correct in rewarding the conservation efforts here and I hope this stunning work of art remains in good condition for centuries to come. 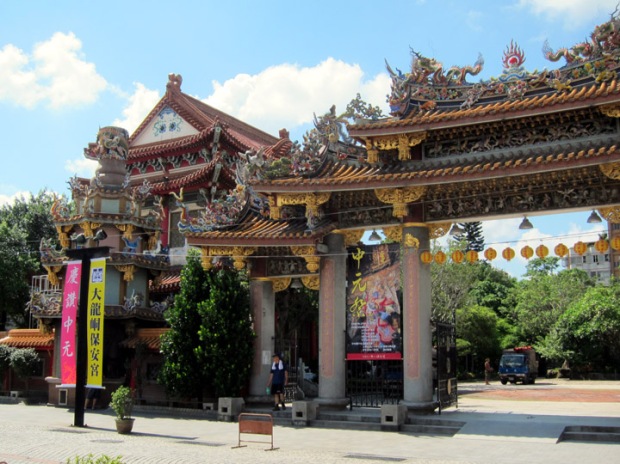