Sometimes on the quest for art, you end up learning a lot more about the history of a place.  I didn’t expect to find Norman castles and churches in Sicily but it is hard to deny the thick bulky structures when you find them.  I also didn’t expect to find detailed decorative elements reminiscent of the Middle East but there they were.  What became Sicilian Norman art is a blend of cultures and adds an exotic flavor to an already interesting mix of Greco-Roman and Baroque architecture on the island.  Once you factor in 19th century restorations with a mind of their own, you find can find some complex and beautiful churches.  I found one such example of blended art in the little town of Erice and the Chiesa Matrice Church. 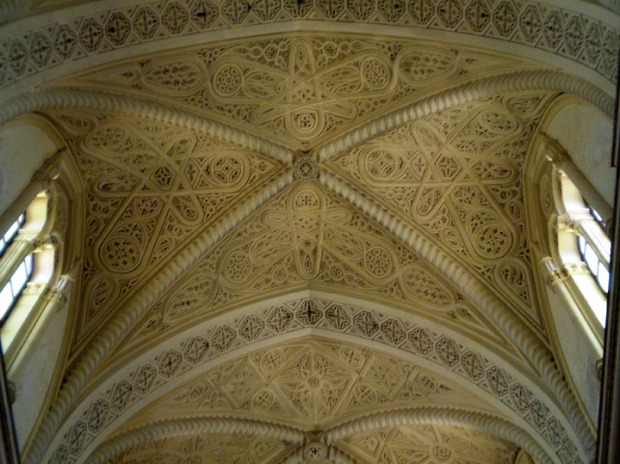 The Normans, originally from France, gained control of Sicily from the Arabs over the course of the 11th century.  The Islamic population was not ejected from the island so there was cross-pollination between the Northern European and Middle Eastern cultures.  Although not as pervasive or advanced as the style that developed in Southern Spain, Sicilian art of this period incorporated Islamic decorative motifs (or at least the tendency for detailed embellishments) with Norman and Byzantine design and architecture.

Lovely carved rose window on the main facade for the Mother Church in Erice, Italy.

Erice has some very obvious strategic advantages.  Founded on the top of a coastal mountain, you can see a large stretch of the shore from the city including present day Trapani.  With this commanding view, the main chuch in Erice was as much a look-out tower as it was a place of worship.

Erice sits on a mountain overlooking Trapani and the Sicilian coast .

The Chiesa Matrice (or, Mother Church) was built in the 14th century during a resurgence of Norman power.  The exterior of the church is Romanesque in appearance with solid, heavy stone walls and a boxy shape. 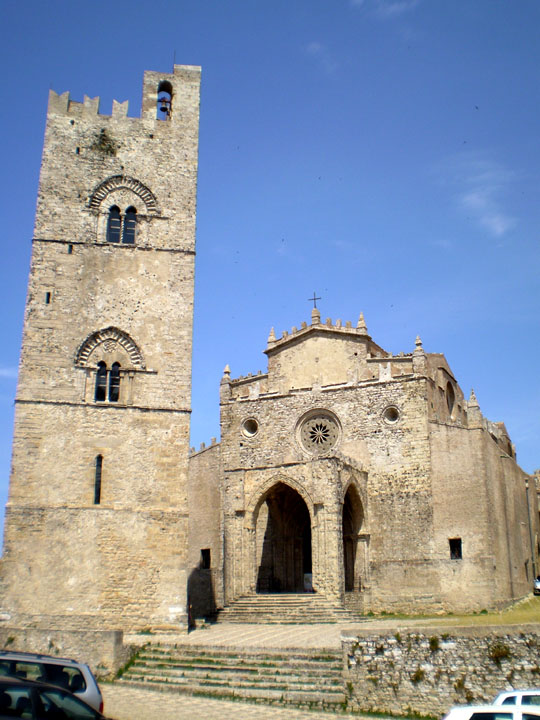 Exterior of the Chiesa Matrice (Mother Church) in Erice, Italy in Sicily. 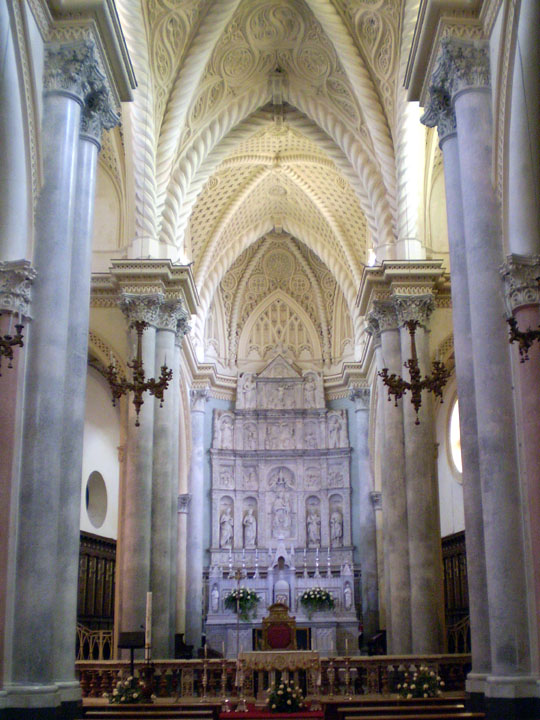 The entire ceiling is a symphony of intricate Gothic carvings combining elements of Norman and Middle Eastern design.  I see references to Celtic art as much as Islamic tessellation.  While mostly restored, the ceiling is fantastic and I spend some time following its tracery. 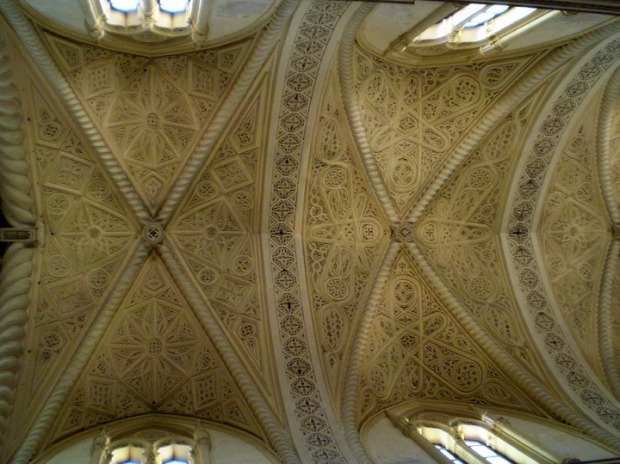 While restored in the 19th century, the intricate Norman ceiling pattern has been preserved.

As much as I’d like to think the design is authentic to the 14th century.  There are neo-Gothic portions of the church.  For instance, these 19th century pilasters and column spacers are a more modern interpretation of the original design.  It just adds to the jumble of artistic styles in Chiesa Matrice!

Little grotesque faces pop up in the pilaster capitals.

More little faces in the wall carvings between columns.

True to its name, the bell tower does ring on the half hour.  Time your tower climb accordingly because you don’t want to be next to those things when they are playing!  Luckily, the tower has excellent views of Erice and the coast so it well worth the risk. 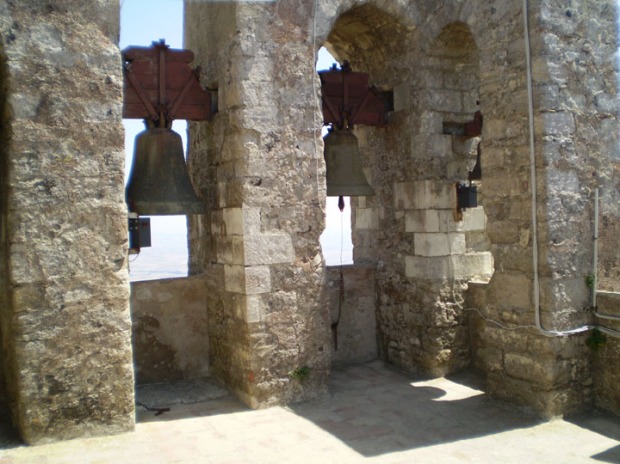 The Erice skyline from the Mother Church bell tower.

Erice is a sleepy Sicilian village with a few architectural treasures.  Its main church is a fascinating mixtures of culture and time periods.  The incorporation of its disparate elements can be pondered in the day, but at night, the church seems to go back to its fortress-like roots.

Chiesa Matrice lit up at night