The Healing Ascelpium of Pergamon, Turkey

The sacred way to the Ascelpium, just outside Pergamon, Turkey.

Even without the advantage of modern MRI’s and antibiotics, the Ancient Greeks understood something about health.  Just outside many of the largest ruins from the ancient world, you will find a Sanctuary to Asclepius, God of Health.  Taking in sick locals and travelers alike, most of these centers included steam-rooms, baths, theaters and doctors ready to interpret the patient’s dreams.  Seemingly the best cures resulted from a little relaxation and spa time.  And since near death patients were secreted out of the facility, it appeared the no one died at the Ascelpium under the care of the priests.

Ascelpius statue from the Pergamon Museum in Berlin (Photo: Wikicommons)

Pergamon, Tuekey, the great capital of the Ancient Greeks in Northwestern Turkey, was build on a mountain with an Ascelpium complex in the valley below.  Significant portions of the site exist today including the road into the city, a healing complex and colonnaded street connecting the main temple, theater and other medical buildings.

In the foreground, former guest rooms and the theater of the Ascelpium at Pergamon in the back 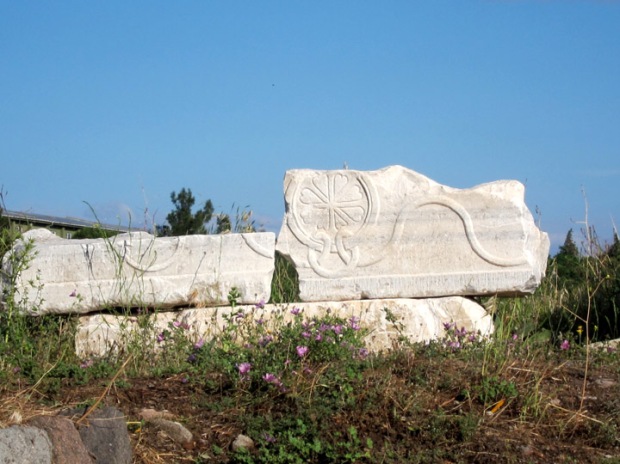 Decorative lintel on display at on the Ascelpium grounds. 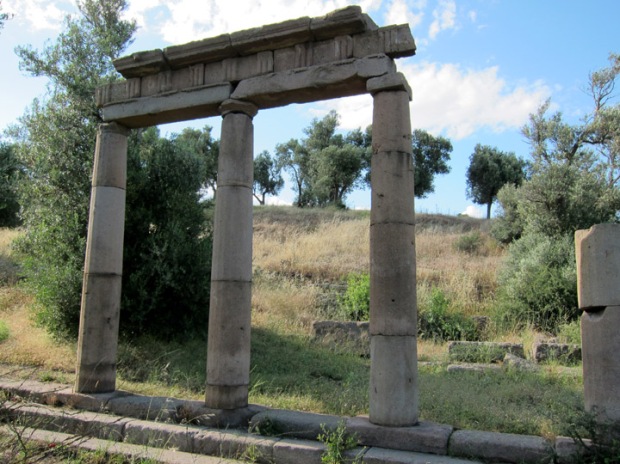 Portion of the western Stoa (or portico), Ascelepius, Pergamon

The main treatment center was a round structure composed of concentric rings of small rooms and hallways.  Today it is an impressive partial ruin of huge bricks and arches.

An underground tunnel lit by sky-lights connects the treatment center to a residential area of the Ascelpium allowing patients to walk back and forth.  A small stream flowed underneath the length of the tunnel providing soothing white noise for patients.  Contemporary accounts state that this space was particularly useful for those suffering from mental illness.

A few of the healing baths still remain.  While it doesn’t look like people are using this one anymore, at least someone is enjoying the refreshing pool.