A Day in Old San Juan 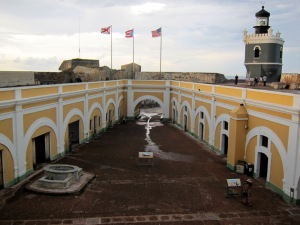 As the weather cools and Fall takes over, folks in the north start to daydream about the Caribbean for a sun-filled weekend away.  While I’ve never been much of a beach person, I recently took a quick trip to San Juan, Puerto Rico and enjoyed it.  The old town was lovely to wander through, I enjoyed the historic fortresses, and the public beaches were relaxing.  While Puerto Rico’s status as an American territory makes travel there easier, the unique local culture and cuisine made it feel like I was exploring another country. 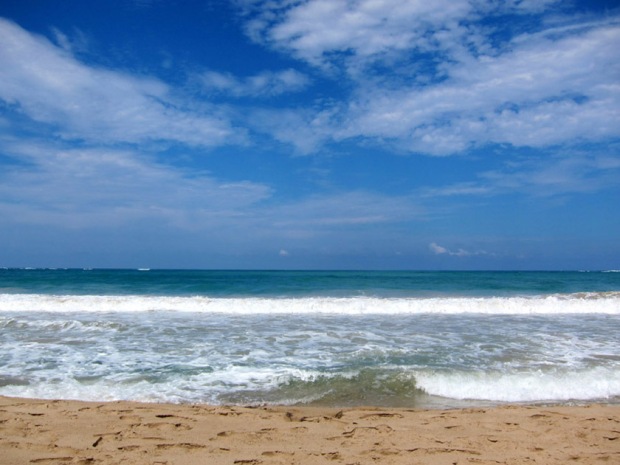 San Juan was built on a strategic inlet and quickly established a military presence to protect Spanish trade interests.  On the Northwest corner of the peninsula is the Castillo San Felipe del Morro built between 1539 and 1786.  With incredible views of the ocean, El Morro is a complex and imposing six level facility.   While the former barracks and gunpowder rooms house exhibits today, some historic shrapnel lodged in one of the towers reminds visitors of the fortress’s dangerous past.

Interior of the El Moro Fort

El Morro is connected via the old city wall with another fort on the Northeast corner of Old San Juan, the Castillo San Cristobal.  Constructed from 1634 to 1790, San Cristobal seems more domestic with complete barracks, a small chapel to St. Barbara (the patron saint of artillery, fitting for a defensive fortress), and recreated living quarters.

Portico through the domestic areas of the San Cristobal Fort

The centuries old city wall not only connects the forts but encircles all of historic San Juan.  Beautiful look-out towers dot the wall and have become an iconic emblem of the city. 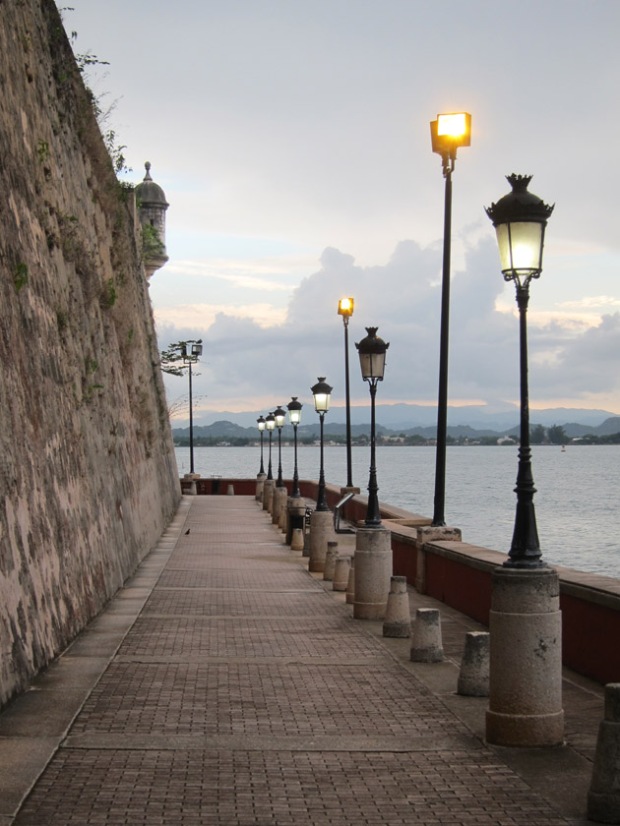 Twilight along the outer wall walk

In addition to the walk along the upper city wall, there is a walkway below the wall and along the water.  Its advisable to only walk the western and south portions of the outer walkway. 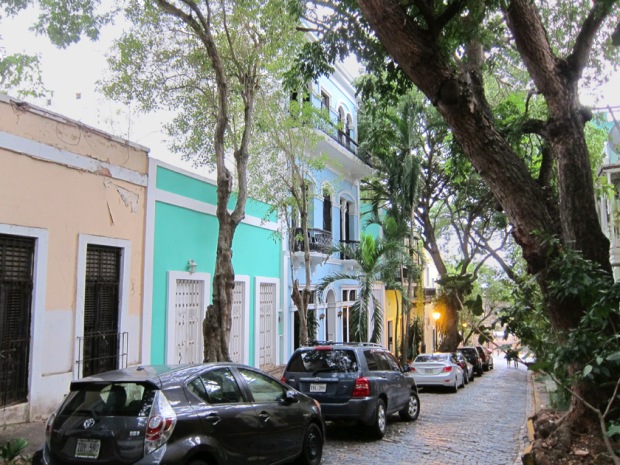 The buildings of Old San Juan are colorfully decorated.  The streets are paved with blue tiles made from iron slag, a waste product of iron smelting.  The tiles were brought to the island in the 18th century as ballast and were later used to pave the streets.

Exploring the old city, you will run into small hidden parks and fountains which along with the architecture, is one of the best parts of wandering around.

Quirky park beside the Church of St. John the Baptist.

Church of St. John the Baptist

The largest church is old San Juan is the Cathedral de San Juan Baptista.  It dates to the 16th century but was largely removed in the 19t century.  Here you’ll also find the tomb of Spanish explorer Ponce de Leon (1474-1521). 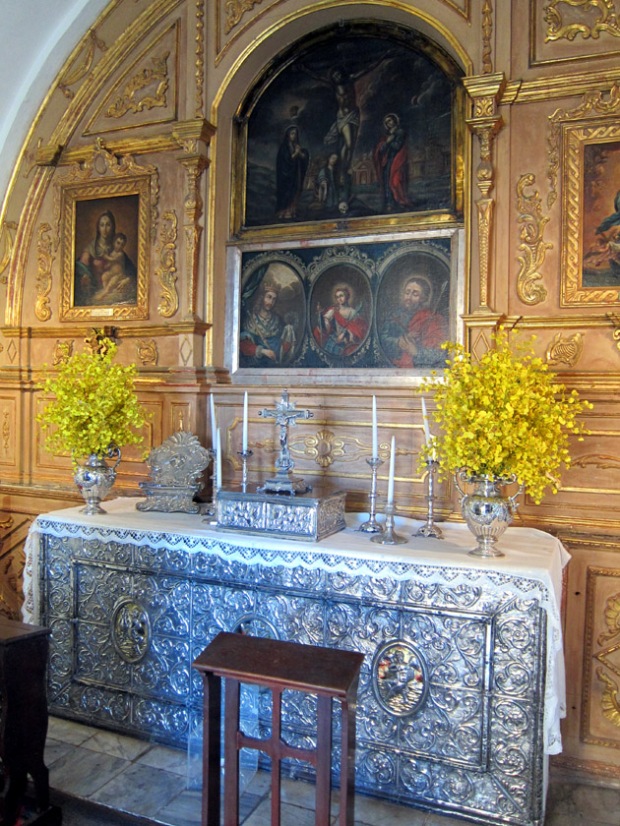 At the bottom of Calle Cristo street is the small Capilla del Cristo built to commemorate the death (or miraculous survival according to legend) of a young man who fell off the bluff in 1754. The altar is dedicated to the Christ of Miracles and is said to protect travelers, so of course I had to stop in. 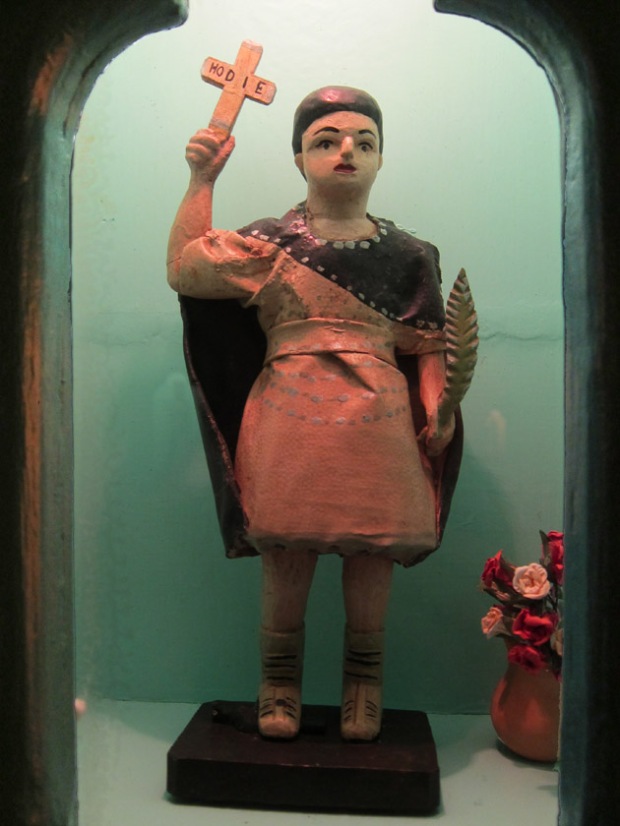 Santos statue of San Expedito, patron of urgent causes, made in 1940, is an example of Spanish religious tradition in the New World.

For a small museum, Museo de Arte e Historia de San Juan is really well done.  The exhibits include an excellent anthropological look at the the native cultures of the Americas, an exploration of the ethnic melting pot that created Puerto Rico’s culture and contemporary art from the island. 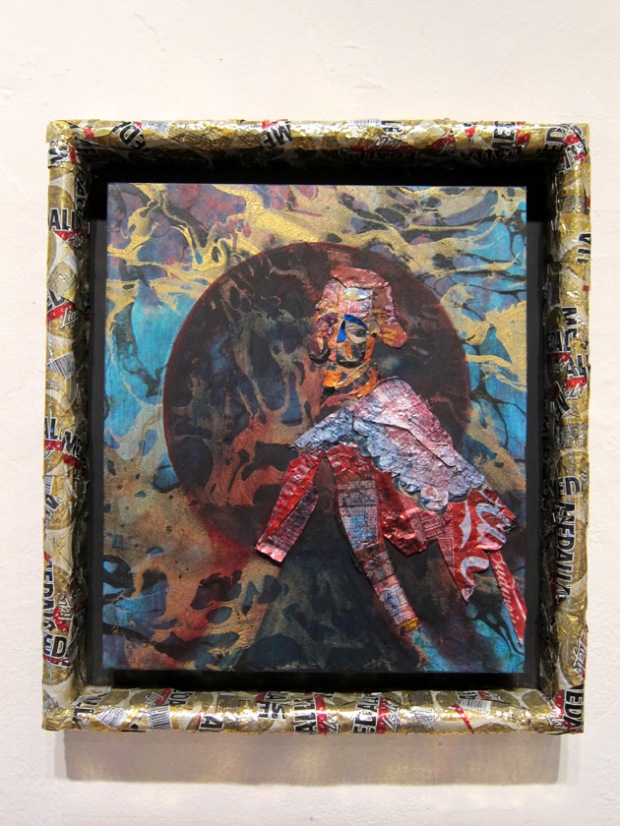 There are couple shops that feature beautiful local crafts. I have to recommend the Ole Curiosidades Shop which sells hats of increasing quality up to $1000 (they let me touch it, very fine work), antiques, and santos statues. 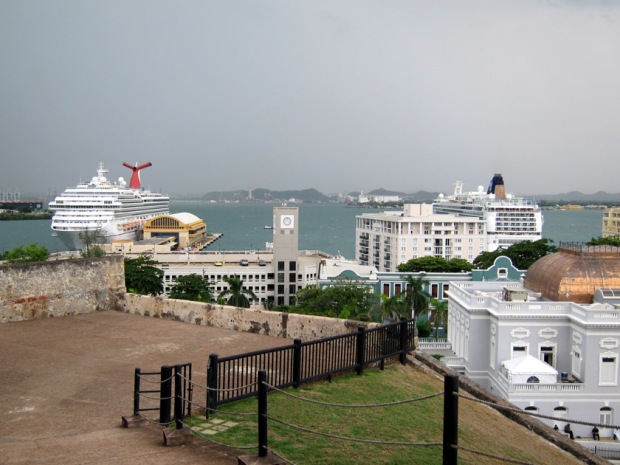 The one let down about San Juan was the clear “cruise ship-ification” of the old town.  Caribbean cruises are very popular which means that hundreds if not thousands of tourists are dumped into San Juan for the day.  To appeal to these visitors, you find kitschy shops seeing low quality, foreign made souvenirs and restaurants with microwaved food and way too sugary drinks. 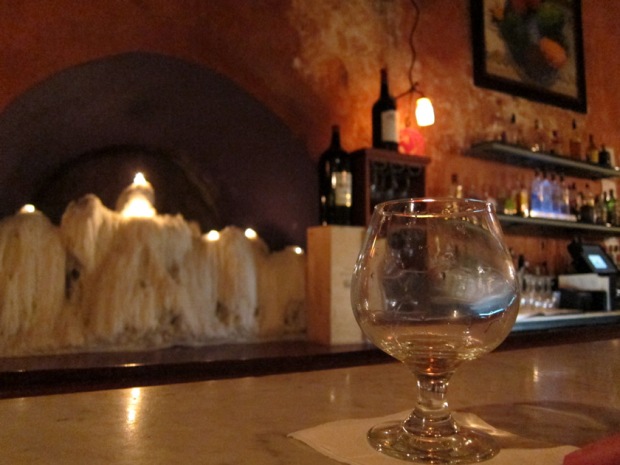 It definitely helped to visit during shoulder season, when the crowds are minimal, and to stay in San Juan itself.  With some local tips, it was pretty easy to dig a little deeper into San Juan.  We were able to stop by a book festival, find amazing local food, and real Puerto Rican arts and crafts.