I recently had the chance to stopover in Taipei on my first trip to Eastern Asia.  What I found was an energetic metropolis firmly rooted in traditional culture while still embracing modernity with a global sensibility.

The modern Taipei 101 tower looms brightly over the city.

While I know the language of Christian churches and have more recently explored Turkish mosques, Taiwan gave me the first opportunity to visit Taoist and Confucius Temples.  I was surprised not only by the abundance of temples and shrines but by the elaborate detail of the art and shear scale of the decoration in each.

The City God at the Chenghuang Temple, Zhongzheng District, Taipei 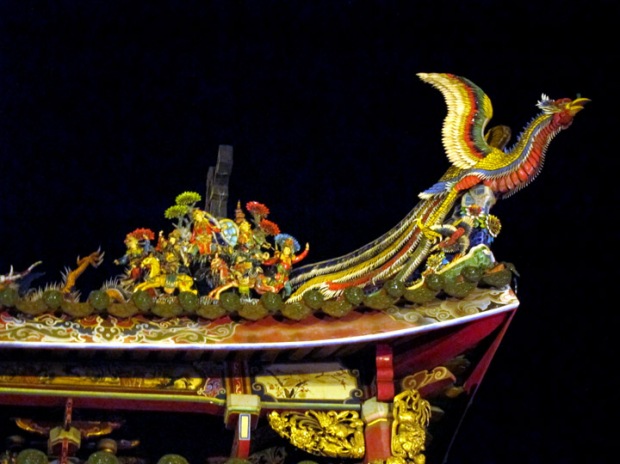 Ceramic phoenix detail from a roof edge on the Longshan Temple.

Taipei also has grand parks and civic monuments which give the city its relaxing open spaces.

Changing of the Guard at the Chiang Kai‑shek Memorial, Taipei 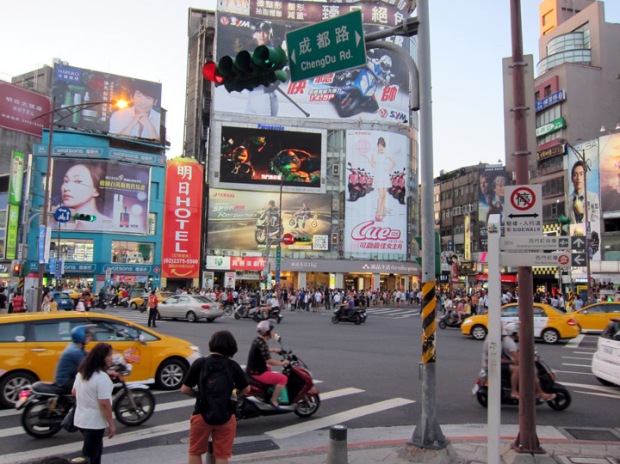 At the entrance to the impressive Ximending commercial neighborhood, Ximen Square reminded me of Time Square in New York.

Pick the squid on a stick you’d like grilled at this street food cart.

Most importantly in a city of 2.6 million people, Taipei is filled with memorable corners and fantastic moments. 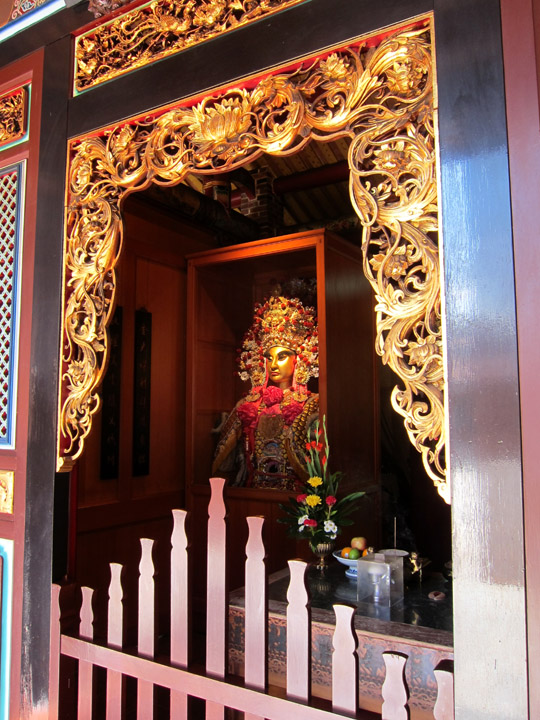