Ceramic Folk Art from Around the World

The monthly ArtSmart Roundtable brings together some of the best art-focused travel blogs to post on a common theme.  This month we are focusing on National Art – whether iconic styles that remind us of a certain place, or a movements that developed in and became emblematic of a region.   Be sure to check out everyone’s posts below! 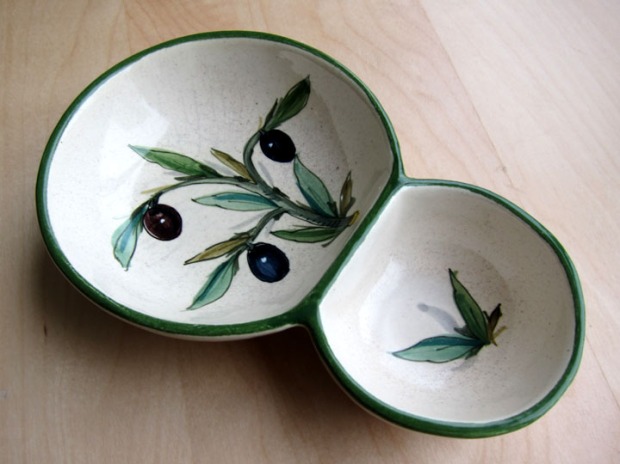 Simple but very functional, I got this olive dish in Siena, Italy.

Every culture makes utilitarian objects like furniture, clothing and ceramics.  Folk art is decoration applied to these functional items which reflects the tastes of a people.  In addition to seeing works from professional artists in a national museum, I am always on the look-out for local craftspeople or cultural museums that show off local folk art.  As a lens to compare several cultures, let’s take a look at some traditional ceramic styles around the globe.

Italian ceramics, especially from Tuscany, may be the first thing that comes to mind when you think of international ceramic styles.  The Deruta style with its Renaissance flourishes, grotesque heads, and white, yellow and blue palette remains popular today.  Know as Majolica, Italian tin-glazed pottery can be found all over the country with decorations varying from fruits to stylized geometric patterns.  The curls, flowers, scrolls and animals developed during Renaissance can still be widely found. 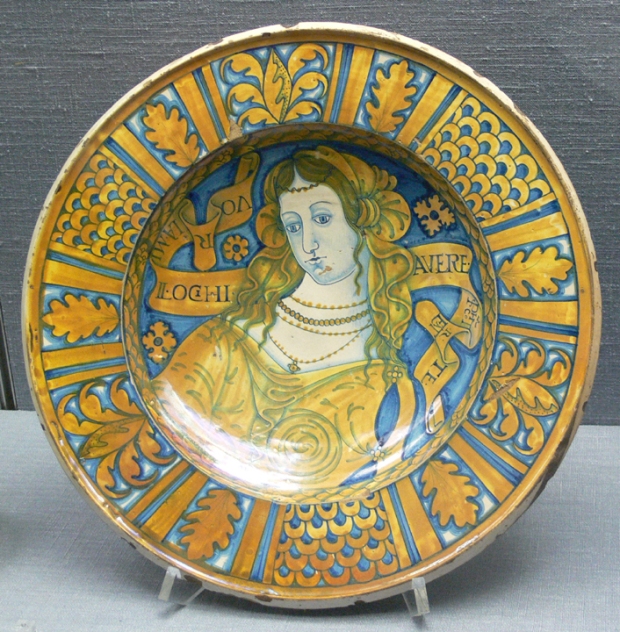 Ceramics in Turkey run the spectrum from folk art to very high art.  In the 16th century, the city of Iznik developed a decorative style characterized by finely detailed blue rosettes, tulips, and vines.  The “Blue Mosque” in Istanbul earned its nickname because of all the impressive blue Iznik tiles used to decorate the interior.  While the Iznik factories eventually declined, this style is still obvious in today’s ceramic pieces.  Shoppers with also find more provincial patterns with larger flowers, fish, and abstracted vegetation patterns.

Two Iznik tiles on display at the Art Institute of Chicago (Photo: Wikicommons)

The tulip motif is definitely my favorite!  A tulip pattern tile on display at the Los Angeles County Museum of Art (Photo: Wikicommons)

The interior of the Blue Mosque in Istanbul is decorated with these Iznik wall tiles.

Polish pottery really appeals to me for its delicate floral designs.  Generally decorated with a blue and pink palette, small repeating patterns and hand painted accents produce a quaint countryside look to this pottery.  The surface regularity is created by using sponges or templates to decorate each piece. 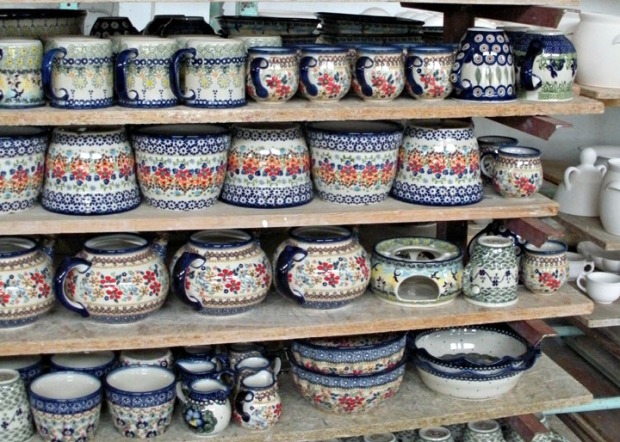 Don’t let the cutsy flowers fool you, these dishes can hold up the richest Borsch! (Photo: Alpha, flickr)

The Japanese take an different approach to pottery.  Rather than using repeating decorative patterns, the ceramic vessel is a canvas for detailed scenes.  Gardens and mountains are popular subjects with people and animals appearing as minor elements in these grand environments.  Subtly in glaze and color is also appreciated.  The Japanese developed glazing techniques centuries ago that are still seem in today’s pieces and have been further developed by art potters.  The Raku technique involves removing hot pieces from the kiln and placing them in an oxygen-free environment (usually because of combusting saw dust, grass or paper) and can result in matte pieces or ones with a metallic luster depending on the mineral content of the clay and glaze.  These simple yet elegant pieces were first used in Japanese tea ceremonies in the 16th century. 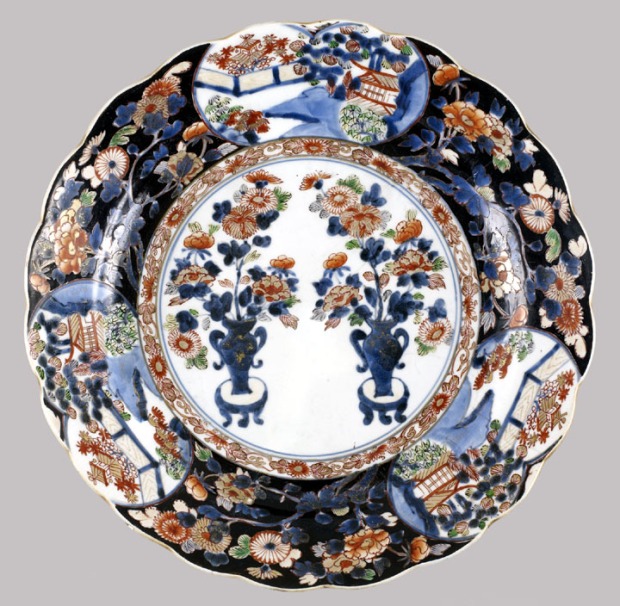 Imari ware from the 17-18th century from the Walters Art Museum, Baltimore. This piece was meant for export to Europe and for use in the home. (Photo: Wikicommons)

What is your favorite kinds of ceramics?  Have you ever brought pottery home from a trip?

For the rest of the March ArtSmart Roundtable, see: