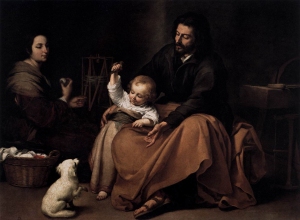 The monthly ArtSmart Roundtable brings together some of the best art-focused travel blogs to post on a common theme.  This month we are focusing on Artistic Periods or Movements.  Check our the other periods we’ve picked by looking at the all the ArtSmart posts below. This month we welcome a new writer to the ArtSmart team – Alexandra of ArtTrav! Alexandra is based in Florence, Italy and is an art historian turned blogger.  We are super excited to have her in the group!

I definitely have my favorite and not so favorite periods of art (I’m looking at you French Rococo).   I like drama without being intense.  I like skilled painting but a step back from photographic realism.  I definitely like good use of light and dark space on a canvas.  And so I love the Spanish Baroque.

It’s not quite clear to me if the Spanish Baroque painters were fully aware of what was being made in Italy at the start of the 17th century, but they appear to have been influenced by it.  Active from 1595 – 1610, Caravaggio was a major transitional figure in art moving from exaggerated Mannerism to a highly naturalistic style, illuminated with powerful light and shadow.  This dramatic use of light to intensify an image, also known as tenebrism, clearly influenced Spanish artists of the era.

Take a look at the images above of St. Francis meditating with a scull by Caravaggio (top) and Zurbaran (bottom).  Both use a somber brown palette and lighting extremes while at the same time conveying emotion in the face and pose of the figure.  While Caravaggio’s work is expertly and hyper-realistically painted, it gives the impression of staged performance, perhaps like a human still-life.  I find Zurbaran’s Francis to be far more natural with his somber expression even if I can’t see every wrinkle on his face.  The loosening of the brushwork in his robe actually helps dissolve his body in a less defined shape which point our gaze right up to his eye.

The iconic members of the Spanish Baroque are Francisco Ribalta, Jusepe de Ribera (who lived in Naples), Francisco de Zurbaran, Bartolomé Murillo, and of course Diego Rodriguez de Silva y Velazquez.  Working in the 17th century, these artists filled the Spanish court and religious building with powerful but softly natural divine portraits, noble portraits and even mythological images. Departing from Caravaggio’s extreme lighting and highly realistic painting style, the Spanish Baroque embraced softness in their brushwork and treatment of their figures while painting with a dark, Earthy palette. 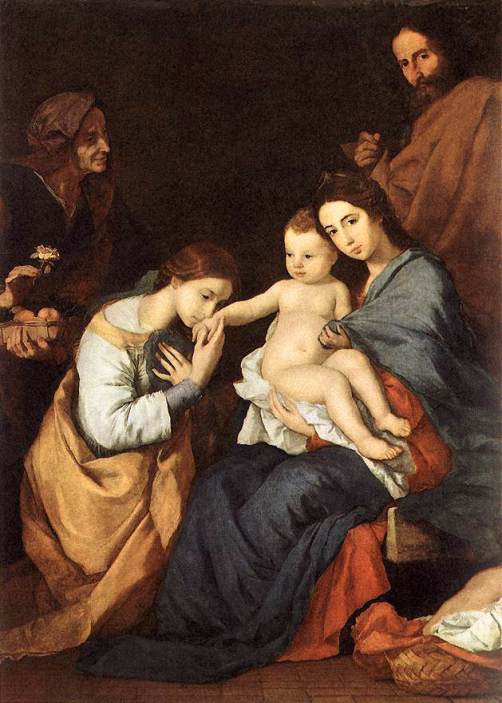 While the other painters of the movement helped transition to the depiction of everyday characters, it was Velazquez who perfected this subject.  Painting nobles, jesters, street philosophers and the inbred Hapsburg royal family, Velazquez excelled at making poignant, natural portraits with an economy of brushwork.  He went on to specifically inspire Manet, and in general the French Impressionist.  However, that is another Art Movement for another day… 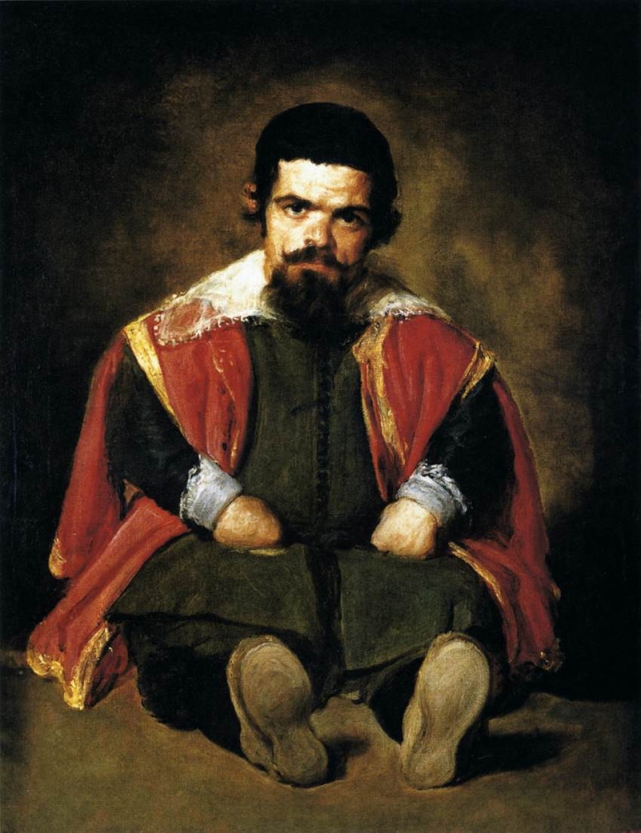 By far, the best collection of Spanish Baroque paintings is at the Museo del Prado in Madrid.  With any luck I’ll be making that art pilgrimage soon!

For the rest of the December ArtSmart Roundtable, see: