While I love Gothic art, there is something especially appealing about the Irish Gothic style.  The heavy infusion of Celtic design and the stylized figures energize this art and gives it a playful feel.  Many of the medieval ruins I found in Ireland where not particularly ornate which made the appearance of Gothic figures and motifs that much more enjoyable.

Doorway decoration from the Monastery at Dysert O’Dea (County Clare): 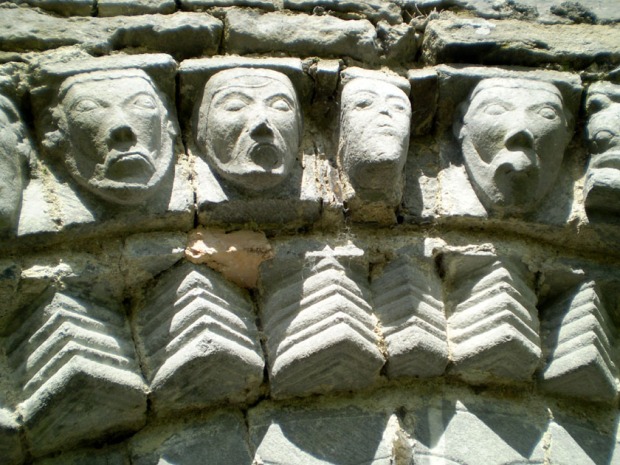 Below are two saints from a 13th century tomb decoration from the incredible Rock of Cashel in County Tipperary.

Compare the saints above with their curly beard and symmetric folded robes to the three more flat and sharp medieval saints below (Photo by jondresner on Flickr).  The time period of these two carvings seems comparable to me but the Irish treatment is more fluid.  Eventually this type of carving would evolve into these more voluminous late Gothic,French figures from Arran’s blog.

I love the personality and detail in these carved figures from Jerpoint Abbey in County Kilkenny  (photo: Frank Peters, flickr):

Side decoration of the Monasterboice High Cross shows several faces intertwined among snakes in County Louth: 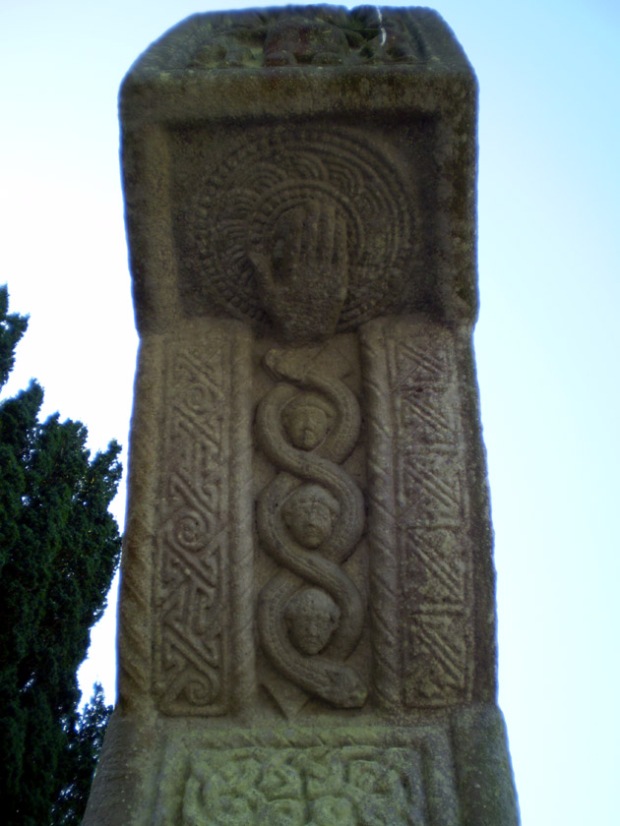