The Gates in Central Park 2005 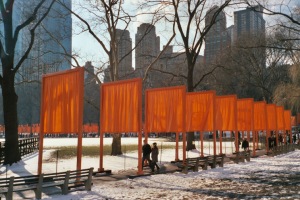 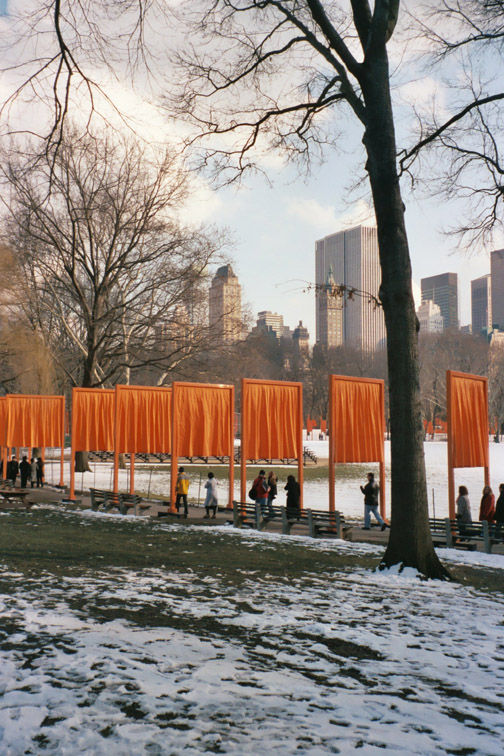 As the East Coast prepares for a very cool spell this weekend, I thought I’d dig up some bright and joyous winter pictures.  “The Gates, Central Park, New York, 1979–2005” by Christo and Jeanne-Claude was erected in Central Park for two weeks in February 2005.  Given my love of contemporary art and temporary installations, it was a given that I would make an art pilgrimage* to see The Gates in real life.  And it was so worth it!  The dramatic orange structures really popped against the frosty ground, bare trees and grey city.  The heavy canvas flags whipped and snapped in the wind but from a distance appeared to floated and swung peacefully as they wound down the park trails.

The expanse of the installation was beautiful.  It was remarkable that so much of the park was taken up by these sculptures. Visitors and locals alike strolling the park that day seemed to be enjoying the artistic curiosity.  Apparently nothing cheers up a cold January day like exuberant orange flags.  Hopefully someday I’ll be able to see Cristo and Jeanne-Claude’s inspiration – Japanese Torii Gates. 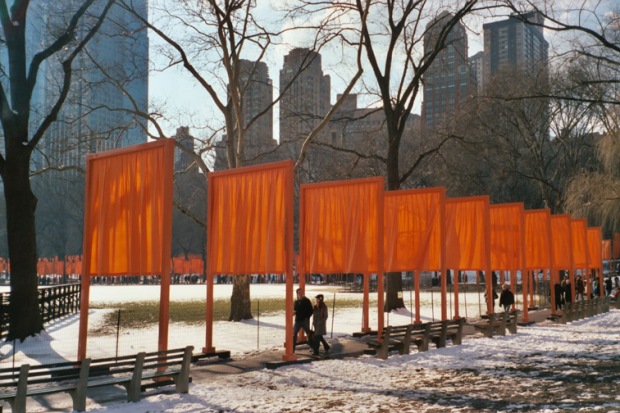 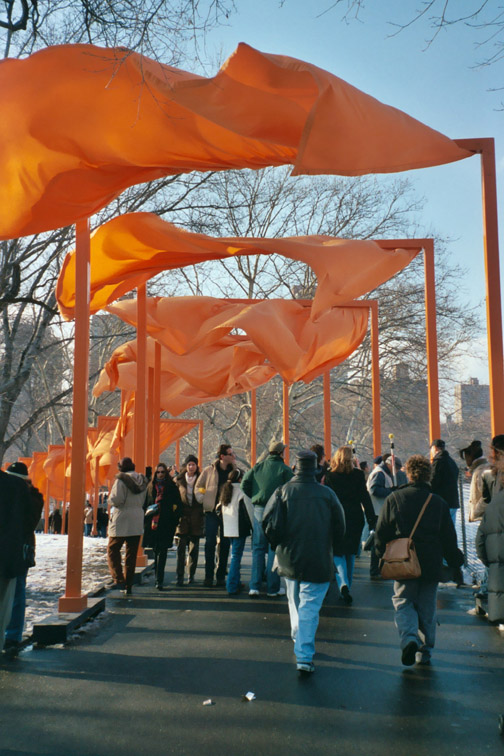 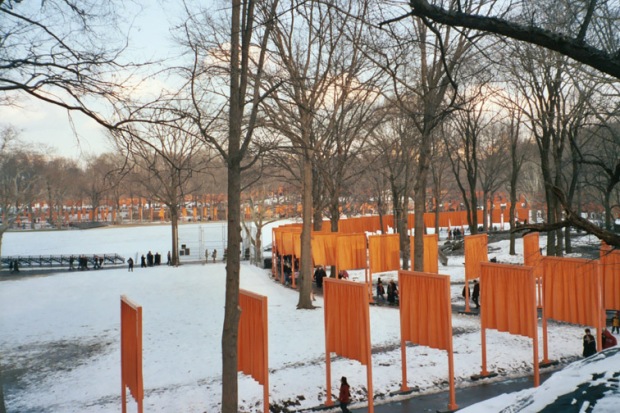 *I was actually in NYC to visit a very good friend, but I timed it right so we’d get to see The Gates!