By traveling in Greece and Turkey, I’ve learned a lot more about Classical art and architecture.  I find myself describing the ancient sites I’ve  seen and usually slip something in about how “bright and colorful” it must have been.  That usually stops the conversation.  No one believes that ancient Greek and Roman statues were painted!  I myself am still trying to wrap my head around what that would have looked like.  But it’s true, and now I have my own photographic evidence that statues were colorful: 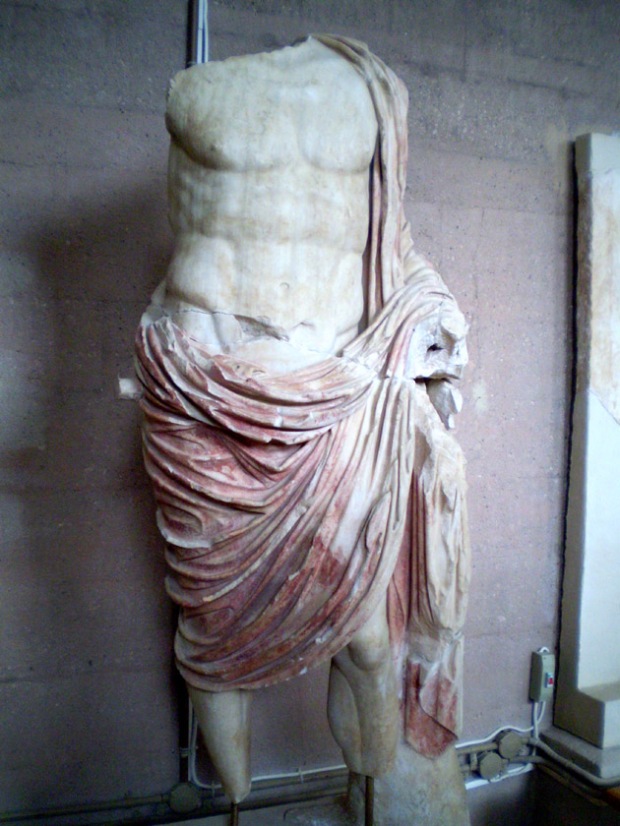 This incredible Roman imperial statue was uncovered at Corinth and is on display at the small museum there.  As you can see, there is still a very strong red color on his robe.  Given his size and styling, this statue was meant for public installation as propaganda for the emperor.  I can only imagine how rich that brilliant red robe must have been 2000 years ago!